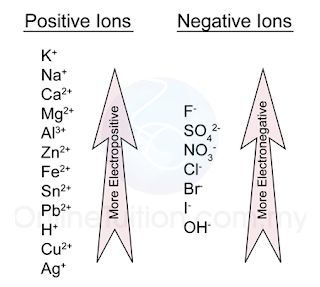 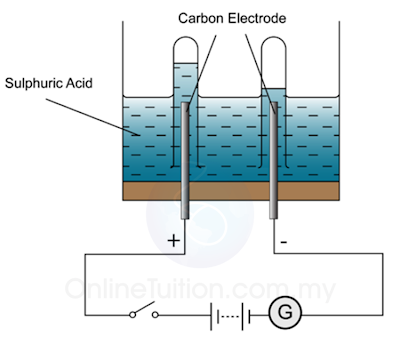 Observation:
Colourless gas bubbles are released around anode. When a glowing wooden splinter is inserted into the test tube that contain the gas, the wooden splinter light up.

Observation:
Colourless gas bubbles are released around cathode. When a lighted wooden splinter is brought close to the mouth of the test tube that contain the gas, a “pop” sound is produced.

Note:
Selective discharge occur at anode when there are more than one type of ions present. The ions located lower in the electrochemical series is selected to be discharge.