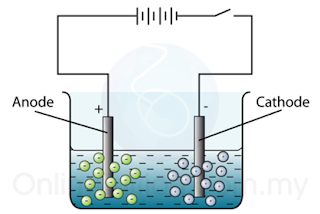 Electrolysis is a process where a compound is separated into its constituent elements when electric current passes through an electrolyte.